How To Write A Press Release In 4 Unique Ways

Do you have a major announcement or some information you think is newsworthy?

Maybe it’s an announcement of a new product or service launched by your company, or a recent award won by your firm, or changes in the management board of your company, press release is a great way to announce news to the public without breaking your bank account.

What Exactly is a Press release?

A press release gets your news to the general public. It is a simple, short, prepared statement geared toward the press that typically follows a straight and prescribed template: a boilerplate, contact information, body, title and sub-title.

The reason why so many individuals and corporate bodies, find it hard to get published on top press release sites is because, they think that writing a press release involves following a prescribed template. It’s much more than that.

Press release sites are flooded daily with hundreds of press release—what will set yours apart?

An engaging, crisp, and clear write up that engages the reader and piques your audience’s curiosity.

How To Write A Clear And Crisp Press Release

You Need A Good Title, And Sub-title

When writing a press release, focus and spend more of your time writing a compelling title, and attention grabbing sub-title. Use keywords that will intrigue your audience.

Don’t write your press release like every other person out there. Distinguish yourself. Use bold language, and a clear call to action. Don’t beat around the bush. Go straight to the point.

Be relevant and timely. And most importantly, spend a good amount of time, crafting a good title.

If you’re not so good at writing attention grabbing titles, you can hire a professional press release writer.

The first paragraph of your press release should be the main story.  Strive for clarity. Carefully chip in the who, what, when, where, and why template.

Arrange your body in an interesting and logical manner. Watch your grammar.

Proof-read, and include salient points.

What is a boilerplate?

It’s standard information about your company, awards, and achievements. Include these in your press release. Be professional about the way you go about it.

Keep it concrete—it’s your firm’s main facts. Use the boilerplate to distinguish your company from others. Highlight its mission.

Finally, include your name, and company’s contact information such as a mailing address, phone number, and email address.

Tip: End your press release with ### or END. Very important 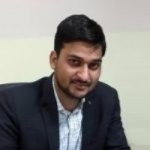 Lalit Sharma Is The Founder & CEO Of Ranking By SEO. He Has Been Working In SEO Industry Since 2005. He Can Be Seen Contributing To SEMrush, Social Media Today, And Entrepreneur Etc... View more posts

Get daily newsletters from RBS's Founder Lalit Sharma about the latest marketing blogs in the industry!

We use cookies to personalize your experience. Learn more